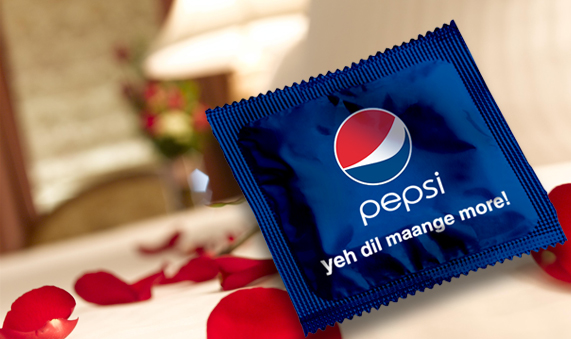 Court directs Pepsi to compensate for a condom in bottle

A consumer court in New Delhi has asked soft drink giant Pepsi to pay Rs 23,000 as compensation to a man who suffered health problems after consuming a bottle of adulterated beverage produced by the company.

Noting that “legal remedies are going beyond the reach of the common man”, a consumer court in New Delhi has asked soft drink giant Pepsi to pay Rs 23,000 as compensation to a man who suffered health problems after consuming a bottle of adulterated beverage produced by the company.

Hearing a plea by Pepsi earlier this month, the Delhi State Consumer Disputes Redressal Commission headed by Justice JD Kapoor said: “Legal remedies are going beyond the reach of even middle class, what to talk of the common man. Therefore, service providers and traders should be ready to shell out some amount for the agony and torture suffered by the consumer in seeking redressal of grievance.”

In 2003, Sudesh Sharma, a resident of Ujhani village in the national capital, had purchased two bottles of Pepsi from a retail shop near Kashmiri Gate.

Sharma started suffering from severe dyspepsia and headache followed by insomnia after drinking from one of the bottles. His condition worsened over a period of time and he had to seek medical help.

On inspecting the bottle from which he had drunk, Sharma found dirt and other contaminants inside it. He was also shocked to find a condom inside the other Pepsi bottle, which was still sealed.

Sharma approached the District Consumer Forum, which ordered Pepsi to pay him Rs 23,000 along with punitive damages of Rs 100,000 in 2006.

Maintaining that the bottles may have contained spurious products illegally marketed under its brand name, Pepsi argued that Sharma had not submitted any proof of purchase of the bottles.

However, the commission observed that it was not a practice among shopkeepers in the open market to issue a receipt or cash memo whenever a person purchased one or two bottles.

“We have come across a few cases of identical nature wherein similar pleas are being raised by the manufacturers. In our view, howsoever foolproof may be the manufacturing process, if the end product is found to contain any foreign substance or such material that renders the drink or eatable unfit for human consumption, the inference of the goods being defective have to be necessarily drawn against the manufacturer whose name is printed on the packaged product,” Kapoor said.

The commission ordered Pepsi to pay Sharma Rs 23,000 but gave the company some relief by setting aside the punitive damages of Rs 100,000.

“So far as compensation to a consumer is concerned, it should also be kept in mind that the consumer has been forced by the service provider to approach a legal forum to seek redressal of his grievance. It is a tortuous process as it causes mental agony, harassment and financial pressure as legal remedy is becoming costlier by the day and it is time consuming,” Kapoor observed.