Have you ever wondered How America became a superpower? Everyone on this planet knows that America is a superpower in the world but there are very few people who know that How America Became a Superpower. But today we going to find out the answer to this question. So, without any further due let’s get straight into it.

Many European powers colonized the North American continent mainly Britain, Spain and France were the first colonizers of the continent. After the colonization started the Native population also referred to as Red Indians of the USA decreased gradually mainly due to diseases like Smallpox, and influenza. After its Independence in 1774, The Americans took a vast amount of land under control. This took almost a century for taking under control this much amount of land, which happened between the year 1784 to 1887.

This expansion did not stop here but moved further to Mexico, after its Independence in 1821, it snatched large parts of Mexico, today we know them with names of California, Texas, Nevada, Arizona, New Mexico, and Utah. If this expansion did not happen America would have been a very small country with no connection to the Pacific Ocean.

On the footprints of the European Colonizers:

America also bought Alaska from Russia with a price of only 7.2 Million Dollars which is very rich in minerals and other rare raw materials. America’s policy was to increase its area as much as possible, for this purpose it fought various wars with European powers like Spain to get control over Puerto Rico, Guam, and the Philippines. But as we know the Phillippines is an independent country now, which it got in 1946. It also annexed a territory situated in the center of the pacific ocean namely Hawaii. This policy made America a very big country with a vast amount of land and human resource. This made the GDP of America much larger and stable.

The devastation in Europe after World War I and World war II: 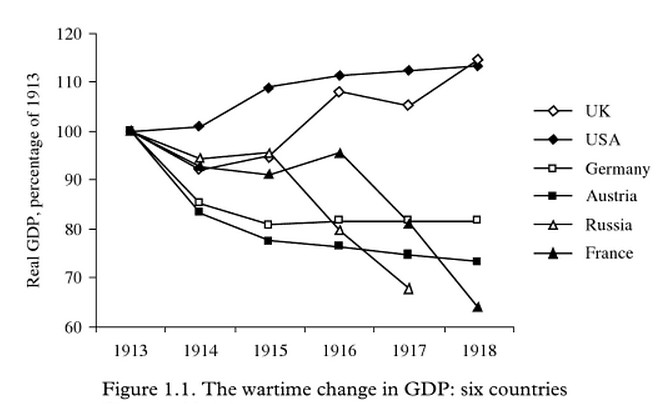 The above image represents the GDP of the six major powers during WWI. All the countries except the UK and the USA faced a very large loss in their GDP. The WWI factor is very handy in America’s superpower journey.

Also, WWII was undoubtedly the deadliest war fought in entire human history. This war unlikely was harmful to the USA as well, as it lost its 400,000 soldiers. But America came out of the war much stronger than before due to the poor conditions of European powers after the war.

Collapsing of the European Colonialism:

The two World Wars not only cost European powers lose their large manpower and lands, but it also forced them to free their colonies all over the world including India, Australia, and many more. But the American colonialism stood strong in this storm and it made America much stronger than before.

Division of the World in the Cold War: 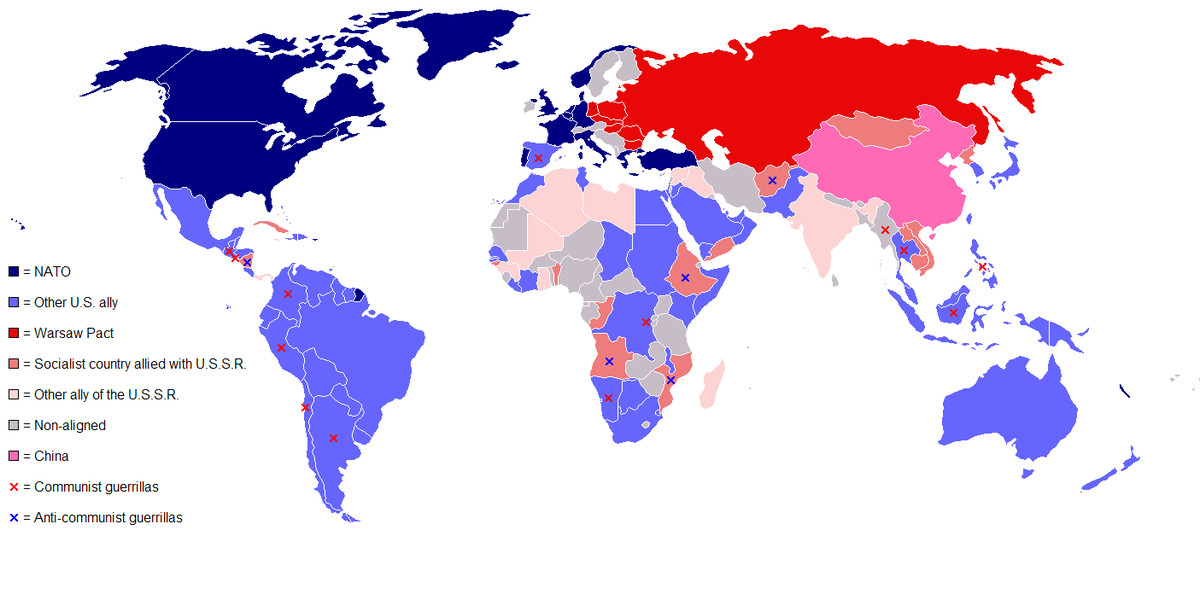 After the end of the World Wars the world came to the fact there are only two major powers left in the world i.e., The USA and The Soviet Union (Now Russia). Both countries were competing against each other on the global influence, this competition forced many countries to choose between The Soviet Union and The USA.

In this, all hassle USA and USSR backed many dictators, Military Coup, and even some violent organization. Both countries also established many military bases all over the world.

By 1971, this cold war ended. But with the split of the USSR, the USA became the supreme power in the world.

In 1949, NATO was formed under the leadership of the USA and this made Europe accept the dominance of the USA as the superpower.

NATO expanded, with new members in Central and Eastern Europe that still feared Russia at that time. NATO provided the stability to Europe and the security of its members. Europe’s nations are now reliant upon, American power. South Korea and Japan are similarly bounded to the US through security agreements and American military bases.

So, this was How America became a superpower.

I hope you have enjoyed it.

Thanks a lot for reading.

Also, read the Best web series you should watch.