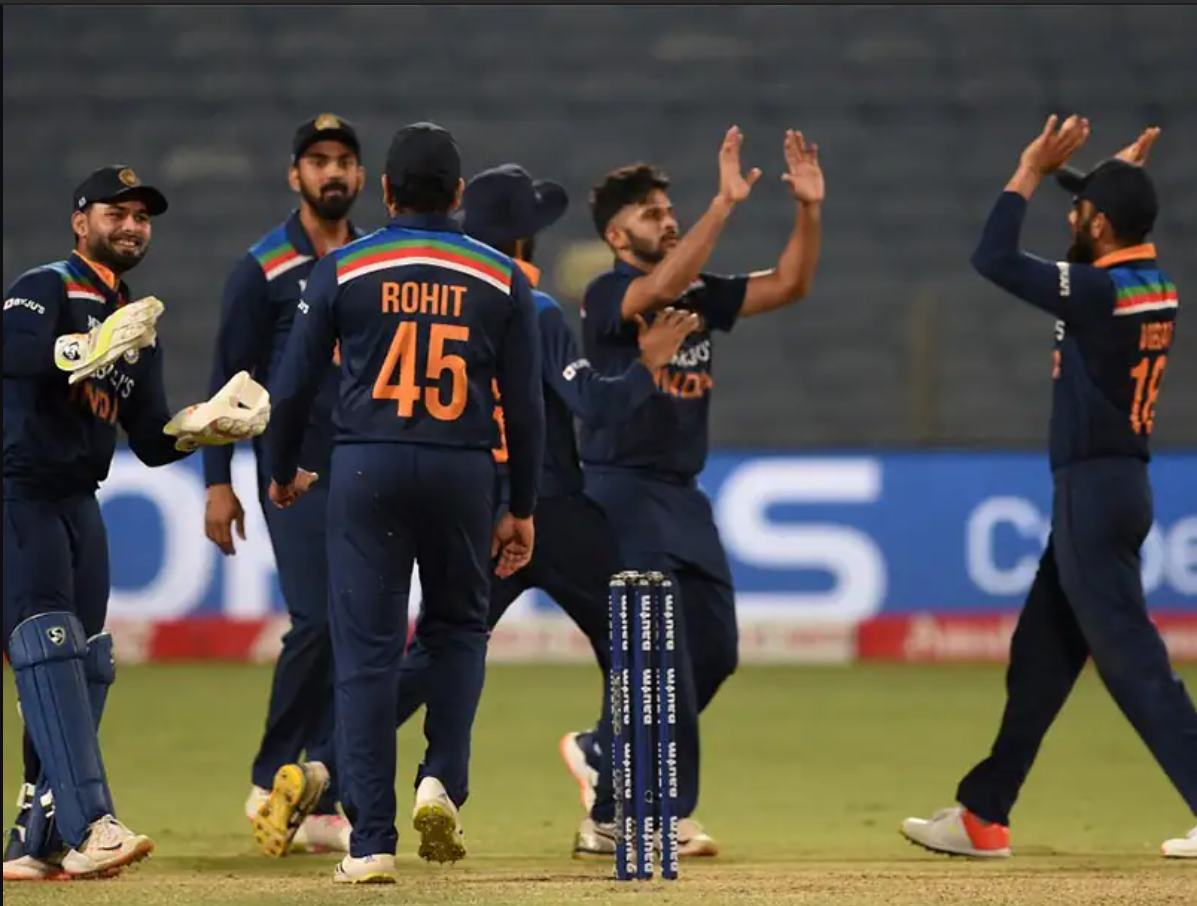 at 1:00 pm englend won the toss and choose to bowl 1st , england came to play with 1 change ,mark wood in place of tom currun and india have also 1 change T Natrajan in place of kuldip yadav.

India improved on their Powerplay scores from the first two matches to score 65/0 in the first 10 overs against England on Sunday.  rohit and dhawan made a partnership of 103 runs , after that india continuously lose thire wicket after that Rishabh Pant (78) and Hardik Pandya (64) put on a 99-run partnership which set India back on track after the burst of wickets. However, both had fallen by the 40th over. The last 4 wickets fell for 8 runs after Shardul Thakur’s 30-run came

Shikhar Dhawan (67), Rishabh Pant (78) and Hardik Pandya (64) hit fifties as India set a 330-run target for England with the series at stake. Invited to bat, India worryingly failed to bat the entirety of the innings, getting bowled out in 48.2 overs. Pacer Mark Wood was the stand-out bowler for England with three wickets. England skipper Jos Buttler used seven bowlers and everyone one of them took at least a wicket each

In response to a target of 330 runs, England could only reach 322 for nine in 50 overs, with Sam Curran smashing an unbeaten knock of 95 runs in 83 balls.crumbling against India’s bowling department. Shardul Thakur was in top form for India, returning with 4 wickets and Bhuvneshwar Kumar scalped 3 dismissals. Also, T Natarajan took a wicket and held his nerves in the final over to take India to a thrilling series win

I want to change the world with the help of tech 🙃

Is Sex on False Promise of Marriage is Rape?

If, Else, else if condition in java || Nested if else

Impact of social media on children