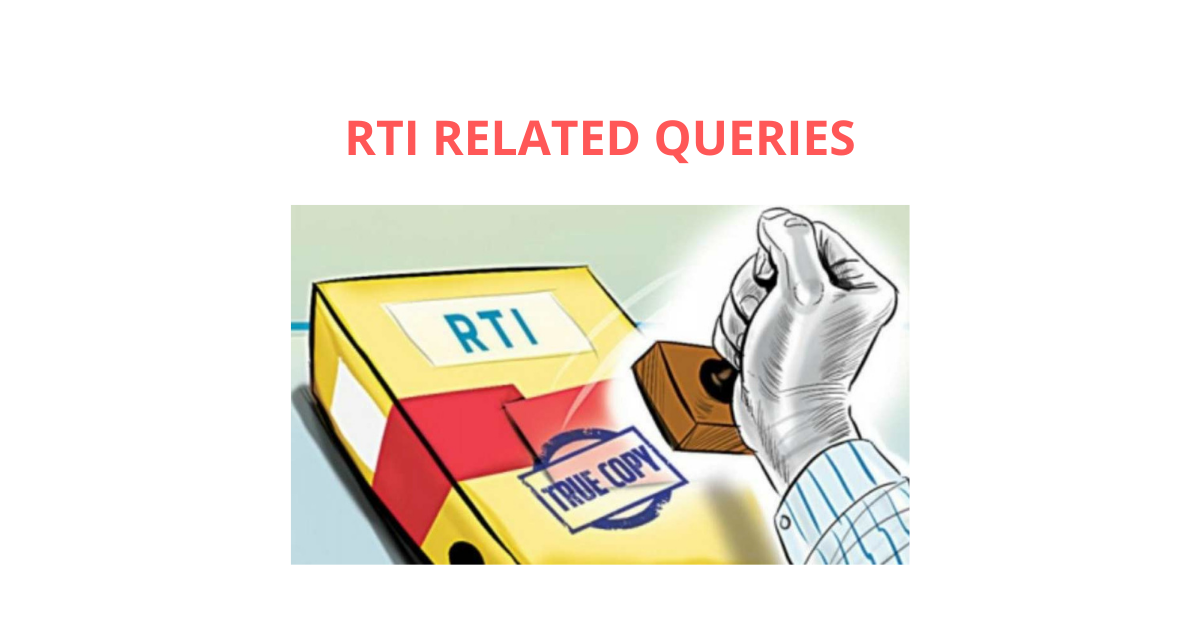 RTI stands for Right to Information. Right to Information is a part of fundamental rights under Article 19(1) of the Constitution. Article 19 (1) says that every citizen has freedom of speech and expression. As early as in 1976, the Supreme Court said in the case of Raj Narain vs State of UP that people cannot speak or express themselves unless they know. Therefore, right to information is embedded in article 19. In the same case, Supreme Court further said that India is a democracy. People are the masters. Therefore, the masters have a right to know how the governments, meant to serve them, are functioning. Further, every citizen pays taxes. Even a beggar on the street pays tax (in the form of sales tax, excise duty etc) when he buys a piece of soap from the market. The citizens therefore, have a right to know how their money was being spent. These three principals were laid down by the Supreme Court while saying that RTI is a part of our fundamental rights.

This is because if you went to any Government Department and told the officer there, “RTI is my fundamental right, and that I am the master of this country. Therefore, please show me all your files”, he would not do that. In all probability, he would throw you out of his room. Therefore, we need machinery or a process through which we can exercise this fundamental right. Right to Information Act 2005, which became effective on 13thOctober 2005, provides that machinery. Therefore, Right to Information Act does not give us any new right. It simply lays down the process on how to apply for information, where to apply, how much fees etc.

The Central Right to Information Act came into force on the 12th October, 2005. However, before that 9 state Governments had passed state Acts. These were J & K, Delhi, Rajasthan, Madhya Pradesh, Maharashtra, Karnataka, Tamil Nadu, and Assam & Goa.

Question 4. What Rights Are Available Under Rti Act 2005?

The Central RTI Act extends to the whole of India except the State of Jammu and Kashmir. All bodies, which are constituted under the Constitution or under any law or under any Government notification or all bodies, including NGOs, which are owned, controlled or substantially financed by the Government are covered.

This is neither defined under RTI Act nor under any other Act. So, this issue will evolve with time, maybe through some court orders etc.

No. Sec 22 of the RTI Act 2005 clearly says that RTI Act would over ride all existing Acts including Officials Secrets Act.

A PIO can refuse information on 11 subjects that are listed in section 8 of the RTI Act. These include information received in confidence from foreign governments, information prejudicial to security, strategic, scientific or economic interests of the country, breach of privilege of legislators, etc. There is a list of 18 agencies given in second schedule of the Act to which RTI Act does not apply. However, they also have to give information if it relates to matters pertaining to allegations of corruption or human rights violations.

Yes. Under Section 10 of the RTI Act, access may be provided to that part of the record which does not contain information which is exempt from disclosure under this Act.

No. File noting’s are an integral part of the government file and are subject to disclosure under the Act. This has been clarified by the Central Information Commission in one of its orders on 31st Jan 2006.

VIDEOS ON LEGAL AID BY NALSA

This is a demo store for testing purposes — no orders shall be fulfilled. Dismiss