Here are some social and psychological hacks which you can use to improve your social life. Just try them lnce and you yourself will see the benefit of them.Let’s discuss them 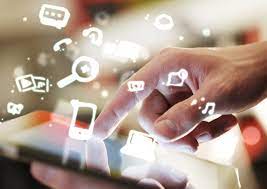 1. Find out if a person’s interested in you by looking at their feet

Have you ever wondered whether someone was genuinely interested in talking with you or they found you boring? Or maybe you wanted to join a conversation and weren’t sure you were welcome?

I’ve always caught myself feeling awkward and uncomfortable in these sorts of situations. Turns out, there’s a simple hack that makes things much easier.

That’s also true when it comes to approaching a group of people while in a conversation. If they turn only their torsos and not their feet towards you, it probably means they are in the middle of an important conversation — or they simply don’t want you interrupting them.

People unconsciously stand with their feet pointing away from someone who they are disinterested in, whereas they usually point their feet towards a person they genuinely want to talk to.

2. Make someone like you or do you a favor with the “Benjamin Franklin Effect.”

A person who has done someone a favor is more likely to do that person another favor than they would be if they had received a favor from that person. Or, in Benjamin Franklin’s own words:

“He that has once done you a kindness will be more ready to do you another, than he whom you yourself have obliged.”

As a consequence, when you do something nice for someone you have negative feelings for, your brain will decide that the recipient of your help must be a nicer person than you first thought. It will also likely agree to do this person a second favor in the future.

Weird, right? However, it can be extremely helpful in social situations. Make someone do you a tiny favor and then ask for your true, bigger favor. Their brain will rationalize that they must like you enough to have done you a favor in the first place — and they will likely follow with more favors.

3. Avoid someone’s anger by sitting next to them.

We have all been in uncomfortable situations when the other person got super angry out of nowhere. Things can escalate quickly when you’re having an argument with a friend, a colleague, or even one of your parents.

Why? Because standing close to someone can help keep their anger at bay. After all, it’s a lot easier to unload your anger on someone physically distant from you. It’s just somewhat awkward to turn to a person immediately next to you and start yelling at them uncontrollably.

Do you have an upcoming job interview? Or a long-awaited date? Make sure you ask your conversation partner some questions, especially ones that will make them talk about themselves.

While many people probably think that asking a lot of questions can make them come out as annoying, it can actually increase their likability. According to research, people who ask more questions, particularly follow-up questions, are better liked by their conversation partners.

And let’s not forget about another crucial benefit of asking questions too: the more you ask, the more you learn about someone, and the better you’ll understand their character.

After all, understanding someone’s character is the first step for efficient communication. As C.G. Jung once said about human relationships:

5. Frame a request as a choice to get what you want.

We all want to feel we have a saying in every choice we make with others. And we definitely don’t want to feel persuaded into doing something we didn’t feel like doing.

That is because in the latter example, instead of simply answering with a yes or no, they are forced to deny your request in a more active way and come out as a bit aggressive.

While this technique doesn’t guarantee that the other person will do what you want, it can definitely nudge them in that direction.

6. Use the power of silence to get the information you need.

You know, some people find it difficult to open up and tell you everything you want to know about them. On the other hand, sometimes we don’t like or we don’t understand the answer we receive from someone.

In these cases, instead of re-asking, just keep quiet after the other person has stopped talking and look right into their eyes. And wait. If the tension becomes unbearable, raise your eyebrows.

These things will put a bit of pressure on them and make them feel awkward or uncomfortable. If it goes well, they will have no choice but to elaborate on their thoughts.

Of course, this trick is only to be used when you’re engaging in a conversation about ordinary, non-sensitive things. Pressuring anyone to reveal details about their private life is wrong and unethical.

7. Build up trust by mirroring other people’s body language.

Building up trust with someone can be hard and time-consuming— especially when you don’t know each other so well. Now, what if you could speed up this process with a small, simple action?

If you subtly mimic the body language of the person you’re talking to, you can effectively build up trust with them. This is called called the “chameleon effect”. Research has shown that by mirroring the way a person speaks and moves can make them like you more — because it makes them think you’re compatible.

To put it simply, we enjoy more speaking to people who mimic our postures, facial expressions, and any kind of other behavior.

8. Chew gum when you are going into nervous situations.

You might have heard the old trick about eating an apple when you are on the phone with a romantic interest (popularized on Seinfeld ). Well, this tip works in a similar way but is a bit subtler: By chewing gum, you are basically tricking your brain into thinking you are comfortable. Rather than getting flustered and panicky (which takes a lot of energy) your brain reasons that because you are doing something else (chewing gum), you mustn’t be worried or nervous—if you were you wouldn’t be doing something like chewing gum.

9. When speaking with someone, use their name as much as possible.

Talking to someone by using their name—rather than buddy, Miss, etc.—suggests that you consider them important and memorable, and so they are more likely to find you more likable, agreeable, and personable. Additionally, find out how people like to think of themselves (what is their self-image) and reinforce this to enable them to like you even more.

10. Nod (subtly) when people are talking to you.

It indicates that you are genuinely interested in what they are saying, and will cause them to like you more. People are drawn to other people who convey some kind of interest in them. There is a fine line between being subtle and mildly annoying; learn to tread it.

Impact of social media on children